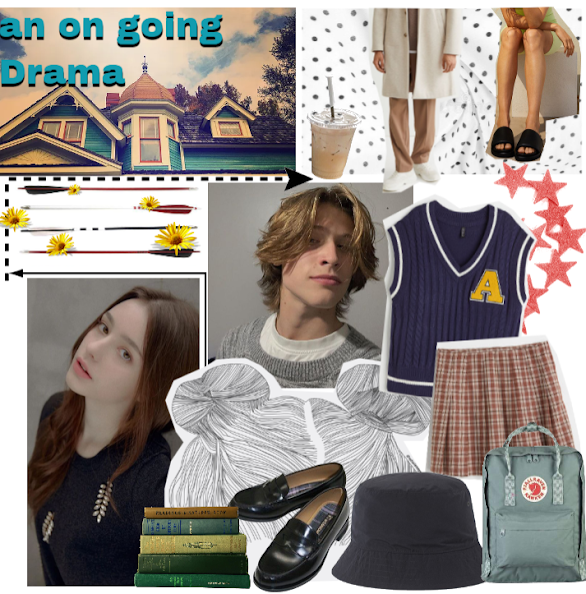 This is more of a writing prop than an RP kind of thing. Think of it as an inprov. Honestly, I don't want to write bios for the characters..yet, I guess you might need a few facts to inspire you if you want to help guide the story along..scene by scene [feel free to use dialogue...oh dialogue is great!]. I know, it might take too much out of you if you think about it for very long. It's been a long time since I've done anything like this either. But I've wanted to. And well, it's kept me up at night thinking about it..so here I am.

OK, as I said I will start the story then you write what should happen next and then if someone sees it before I do and wants to ad to it in the comment box then so be it! Oh, and lets keep it PG13. Cause, you never know who we might be writing for. But then again..nobody may like this idea either.

He's twenty-one. Finally out on his own since his rich dad is in the dumps and Smed has to somehow make it on his own. Of course, he's only been in love with himself so it's kind of hard for him to get used to other people in life. He's not aware of too many things. He lives at the boarding house and works in the mailroom at the University. He has a few essentials like his phone, but he doesn't even have his laptop anymore and he's had to sell all his suits and now gets most of his clothes at Good Will and sometimes checks the Half-Priced book store. It's true. He doesn't take as many selfies as he used to.

She's twenty-six but has felt jilted with life since she was sixteen. She's never gotten over her first boyfriend because he was in college and treated her a whole lot like a Taylor Swift song or two. Sometimes, Becca hates everything. She isn't close to her family even if they keep calling. She has a few friends at the Modern Language Department where she works. She lives at the boarding house too.

1. they don't that they both live in the same boarding house.

2. Becca's first encounter with Smed was at the University Center. He took her latte by accident at the coffee shop. She's been mad at him ever since. He has no idea he even took her latte.

3. They both wait at the same bus stop. They ride the bus together to work, but usually not in the evenings. 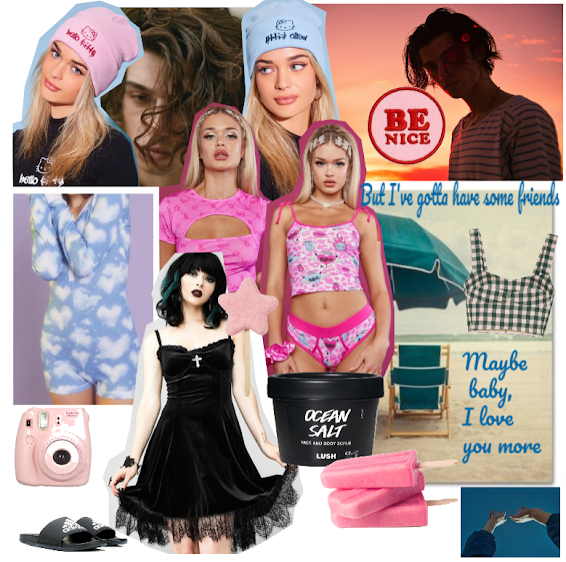 Just what am I going to do with this Boy-Man? Huh?

Kenny's been totally depressed. I dunno if it's just me..OK, it might be me. But I don't want to take all the blame, you know. I mean it's not like we're hitched.

Yeah, we sleep together, but you know it's just sleep.

I know he thinks he saved me from the streets..but could he have done that if he hadn't been with Velvet and the girls? Seriously?

Sure, we have been sort of busy. We got a rush of dates for a party or two. Well, it was gonna happen and then it didn't. Because of COVID. Yeah, there went the holidays.

Actually, I might not know everything going on. You know, a lot of hookups and even breakups as of late. I don't know what to think. But Kenny is still here. Hell, we even have a room together cause, you know, it's not like we're in a mansion. Just one of those skinny houses close to the park. Thank god, for the ocean air even if it is January.

So I don't know why he's totally disappointed in me. I'm trying my best. It's not like I've heard from anyone back home. The only voice mail I've gotten was someone with heavy breathing and then they coughed. I just laughed. How funny is that?

Naturally, Kenny thinks I should be worried. What if somebody is stalking me? What if they don't like what they see and they come and snatch me?

I swear he can give me the heebie-jeebies. It was probably just a wrong number. But he gets all worked up about the way I dress and who I'm spending too much time with. Why is life so complicated? I didn't think he liked me that much, but who knows..maybe he does. 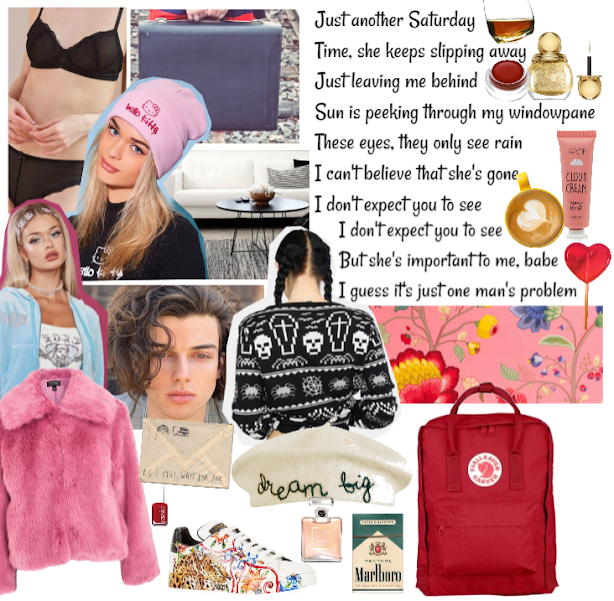 Kenny: Look, (he's alone now with the interviewer but looks behind him to make sure they are alone) I think Jelly is ..is not who they think she is. (He presses lips tight before he goes on. His hair is a mess and his clothes are black, even in skinny jeans and a black long-sleeved shirt he looks very indie like he could be somebody..other than a band roadie. He lets out a breath) If..if only it could be us, you know. (he shakes head and looks down) It would be so much better. But..but I was the one who brought her in. I was the one who found J. (he winces hard) It's kind of hard to look at what she's become. You'd think it was one big pajama party (He sighs as he rests his bony finger under his nose in thought) I don't like what she's become. Why? Why can't she just be with me? (He then looks straight into the camera) I know we're good together, on so many levels, you know. (He presses lips tight in thought again) It's just sad now. I..I mean nothing to her. And really..I don't know what to do about it (Kenny is practically in tears). 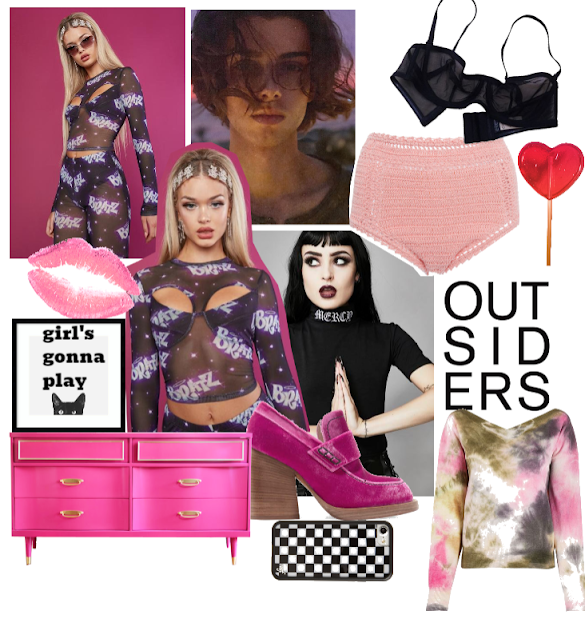 KENNY: (obviously he does not want to talk about the band. He looks away as if he might just walk off the set).

JELLY: He doesn't mean it. (she shrugs and looks a bit out of place, but she seems to be talking for him) I don't really know what the problem is, but he's been in a bad way lately. (Of course, Kenny isn't looking at Jelly and he looks really sad) (Jelly wiggles her lips a bit and smiles) First of all, he lives with way too many females, but I didn't think it would bother him, and then (she cracks up with a laugh) He says it's my fault. (Her smile is big and open) I don't believe it of course. Just an excuse you know. I mean, seriously (she cracks up more) little old me. (she presses her index finger into her chest and shakes her head, no. she sighs and tries to get serious as she is sitting in the chair next to Kenny during this interview.) Sure, he's talented and all. And maybe..well, maybe Mercy isn't giving him all the chances she could give him. But you know, he's the band roadie. What's he expecting? (She gives a serious look to the camera).

ON TOUR: A Jelly Tale Did you miss me?

Yeah, I didn't think so. Um, I finally made it to San Francisco, and WOW loving this dark and funky music scene.

Needless to say, Teena is history. I mean, I was only in it for the money. I'm not gonna lie. Or maybe it's the fact to say I never loved her (even if maybe I did cause, you know..it was quite a ride, but she was a bit of a pink drama queen and I never ever imagined I'd like pink again.)

Think again! I just took a bus and I had enough cash to make it to San Francisco. I mean, yeah there was a time I thought I might live at the library and just stick with the herd of homeless. But then I met Kenny, who is a roadie for Velvet and the gang. Kind of like the Pussycats but industrial punk of some kind.

Mercy is the lead singer. And she is so Poe, at times. A Goth Queen mad about Velvet on keyboard. Certainly, lots of magic going on between those two.

So yeah, I'm living the dream, and um, I've had some fun with Kenny on certain occasions and Delia is quite lovely as well.

Yeah, living the dream. Learning so much in so many ways. This small-town girl has a family now and yeah, I'm with the band. Playing drums.

[models from Dolls Kills and mehro is a bonus]